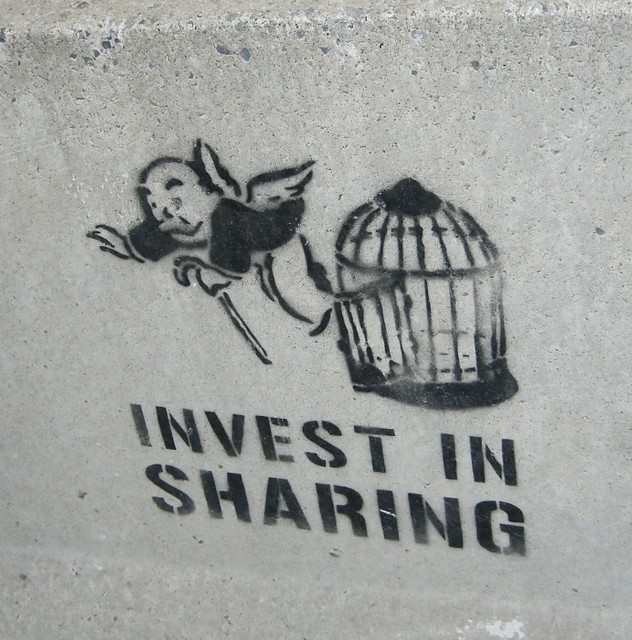 I was at a UNESCO OER meeting in Paris last week (impersonating an important person) and a topic that came up a couple of times was the waste of resource that we just accept. Someone highlighted all the EU funded projects which are difficult to search, or find outputs for. They were from an AI, machine learning background so they wanted access to this to discern patterns and create links between projects.

In the Battle for Open I talk about how much effort is wasted in the current bid writing proposal:

Some of the inherent waste in current practice often goes unnoticed, because it is accepted practice that academics have been enculturated into. For example, some researchers can spend considerable time, months even, developing research bids to submit to funders. Stevenson (2013) calculated 3 months for a proposal, but the Research Councils UK found that 12 days for a conventional proposal was the average (RCUK 2006). The success rates of bids are decreasing as it becomes more competitive; for instance, the ESRC state that only 17% of bids were successful in 2009–10 (ESRC 2010). If a bid is unsuccessful then sometimes it will be modified and submitted elsewhere, but often it is simply abandoned and the researcher moves on to the next one. That equates to a lot of lost time and knowledge. The RCUK report in 2006 estimated that £196 million was spent on applications to the eight UK research councils, most of which was staff time. The number of applications increases every ­year – ­there were 2,800 bids submitted to ESRC in 2009–10, an increase in 33% from 2005–6, so this figure is likely to have increased significantly. Some of these 2,800 proposals were studentships, which have a higher success rate, but even taking an optimistic figure of 800 bids accepted to account for studentships, this still leaves 2,000 failed bids. If we take RCUK’s figure of 12 days as an average per bid, then this equates to 65 years of effort, and this is just one of several major research councils in the UK and Europe to whom researchers will be bidding. Obviously this is just an indicative figure, and there are many assumptions in its calculation that one could challenge, but nevertheless, the nature of research as it is currently conceived has a lot of waste assumed within it. This is not to suggest that the ­peer-­review process is not valid, but that the failure to capitalise on rejected bids represents a substantial waste of resources. As with open source software and OER approaches to teaching, open approaches to research may provide a more efficient method.

That was 65 years of wasted academic effort for just one research council in one country. And many of these are never revisited. That is a very inefficient way to operate. While research bodies have tackled some aspects of openness, for example mandating publications are open access, and have searchable databases for funded projects (eg the ESRC one), they don’t tackle this waste problem. The simple solution is to make all bids openly available also (I’m not aware of a funder who does this, but please let me know if there is one). Maybe not all aspects, individuals and institutions may want to keep salary costs, or overheads private, but the main idea and methodology could be made available. Others could then build on these, as well as allowing the type of meta interpretation my friend at UNESCO was interested in.

But this probably wouldn’t be easy to realise, and it really gets at the difference between an open culture and a more circumspect one. The research system overall may benefit, but there would be risks to individuals. For example, research teams in more expensive countries may never get funded because the funders know that if it’s a good proposal, someone else will take it and adapt it for half the price. Would people be cautious about what they shared in research bids? People do alter and resubmit so would this undermine that?

There would be some adjustment required, but if we’re using CC-BY (maybe even CC-NC) then the original party would be credited. The point of research is often not just that you have the idea, but that you have the ability and expertise to conduct it also, so it wouldn’t simply be a case of lowest bidder. This would be a more radical step to an open research culture. Part of me is just sad at all those very good research proposals that never see the light of day.