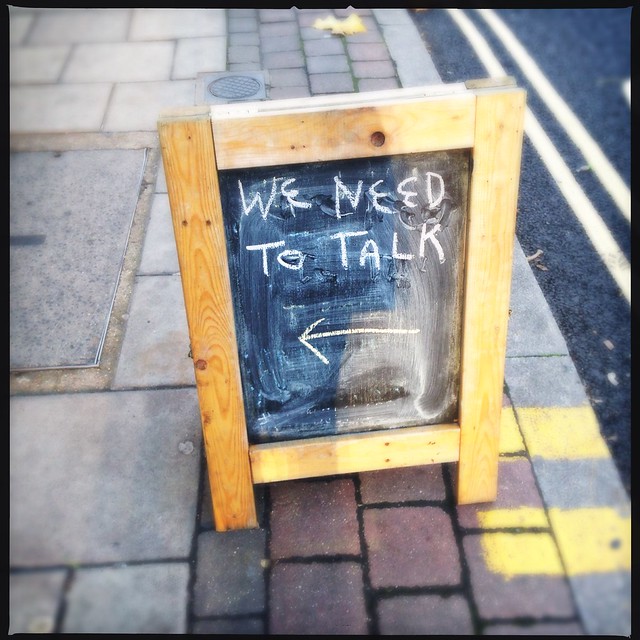 I was at two conferences recently (OEGlobal and OER16). At both of them I ended up in a (different) group bemoaning the IT services in their university. I didn’t initiate either of these conversations I should add. Also, please do not interpret this post as having a pop at people in IT services, I know lots of good people there. Rather it is about how universities have created the environment where academics and IT are now in a rather dysfunctional relationship. Across many universities the complaints seemed to be rather similar:

Listening to these complaints (and occasional horror stories) made me rather wistful. As IT has become increasingly part of the central operation of every university’s teaching and research environment, it seems that it has moved further away from the people who actually need it for those functions. It has become a thing in itself, and the academics (and students), merely an inconvenience in its smooth operation. This is not to blame those in IT services, they are operating in the context that universities have established for them. If there is a security breach, it will be the IT manager who is in trouble, not the academic who wanted to play around with a cool new tool. It must be frustrating for lots of people in IT also, I’m sure they’d like to be experimenting with tools also.

We have to get back to having dialogue, and having IT people who understand the needs of universities (and equally academics who understand the demands of IT systems). The need for innovation in universities is often trumpeted, but it doesn’t arise from stony soil, but rather from the stinky, messy fertiliser of failed attempts with less than perfect ideas and tools. Innovation is not necessarily synonymous with digital technology, but often it is deeply associated with it. If you don’t have freedom to explore this stuff then increasingly universities will struggle to compete with ed tech companies who have more flexibility and freedom.