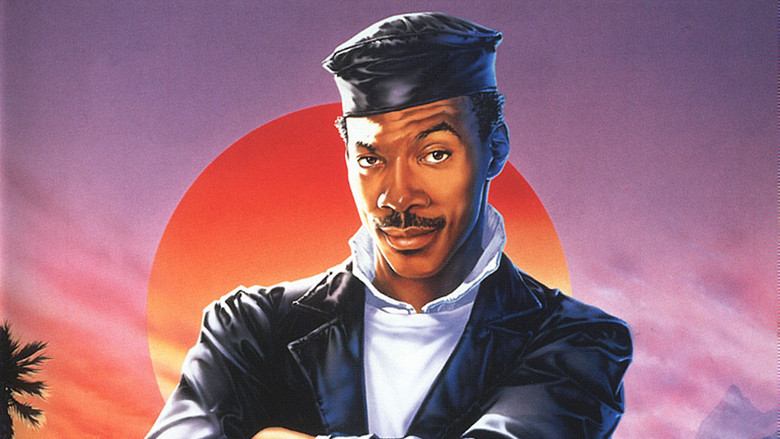 File under: pointless things that occur to you while walking the dog.

My daughter came across Beverley Hills Cop on TV the other day, and then worked her way through a range of Eddie Murphy films. She quickly discovered what the rest of us learnt back in the 80s. Most Eddie Murphy films are not very good. Murphy has undeniable screen presence, and when he’s not on screen these films are just interminable. But for a few years anything with Murphy in it was a guaranteed hit. I came to the conclusion that what happened was that a lot of average scripts had sat around without any real backing, because they weren’t very original. But stick Eddie Murphy in it, and you’ve got box office success on your hands. It is hard to imagine why on earth anyone would make The Golden Child if it didn’t have Murphy headlining it. Or 48 Hours which was just another mismatched cop film. But with Murphy in it, they become something else. A lot of them aren’t really comedies either. They’re just films that have Eddie Murphy in. This is not a critique of Murphy as an actor, but I think he paid the price for this in the end. That “anything with Murphy in it is great” attitude wore thin by Beverley Hills Cop 3, and by the time you got to Pluto Nash, it was insulting.

So, what does this have to do with MOOCs? The ‘stick Murphy in it’ attitude of studio bosses back in the 80s seems to me rather akin to the ‘stick a MOOC in it’ attitude I’ve encountered with research bids, or discussions around innovative teaching. I have joked that I’ve dusted off all my rejected research bids and replaced “OER” with “MOOC”. It’s not quite true, but there’s an element of the Golden Child script about it all. At the moment, even with the MOOC backlash hitting, funders, governments, journalists – they all want a bit of MOOC action in there. To extend the Murphy-MOOC analogy, then I think MOOCs will pay the price for this high coverage. A good MOOC proposal will be rejected because they were of their time.

Actually, watching all those 80s Murphy films made me think there is a MOOC in there somewhere about 1980s action films and what they reveal about social attitudes of the time (it’s a LOT by the way).