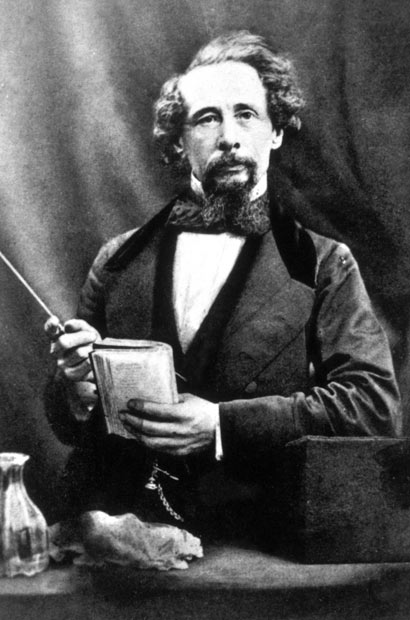 “Reading hasn’t changed since the time of Dickens”

Audrey Watters does a fantastic job of debunking the myth around the concept of the factory school, or industrialised education model. I see this mentioned almost as often as ‘education is broken’, and it is a close ally of ‘education hasn’t changed in 100 years‘. The basic line is that we have an education system that was designed for an industrial age and we are now in a post-industrial age, ergo, that education system is faulty.

I think the first thing to do is what Audrey has done so magnificently, which is to really dig into the historical perspective, and demonstrate why the assumptions underlying that stance are just wrong. Another approach is to examine why the lack of change that is touted is wrong also. So view this piece as a little sibling to Audrey’s foundational work.

When people suggest that schooling is the same as in the industrial change, as Morrissey would have it, this is true, and yet it’s false. I want to explore both the elements that are true (and why that’s not a bad thing) and those that are incorrect, by way of an analogy. Imagine that it was commonly stated as fact that “reading hasn’t changed since the time of Dickens”. To take the true aspect first, we could take a photo of someone reading a book (maybe even a Dickens novel), printed on paper, sitting in a chair in front of a fire. If you could go back in time you could show this to Dickens and he would declare that indeed, reading has not changed (he’d also be very pleased that people were still reading his novels). The first question to ask then, is why would you want reading to change? Why is an absence of change deemed a bad thing? Reading a book is a pretty good way to convey an idea, a story, and an enjoyable, enriching thing to do. That it hasn’t changed significantly in 150 years is testament to its value, not a sign of its weakness.

The next aspect is to look at why this statement is, while true, also incorrect. There are undoubtedly core similarities between reading now and in Dickens’ time, but there are also very significant differences. For example there have been significant changes in:

So any statement that merely says nothing has changed would not recognise that reading in 2015 is a very different experience to what it was in 1840.

If we now return to the industrial schooling argument we see a similar pattern. Firstly, there are significant similarities, so the statement is true in some respects. If you looked at education now and in the 1900s there are some things you would recognise: we send children to a central place, we group them by age and ability, we have teachers. As with reading, this unchanging aspect might be because it’s a good thing. Whenever I hear people state that they want to revolutionise (or do away with) the school system, I am struck by their lack of a viable alternative. If you want to educate all children in your country, regardless of motivation, ability, parental engagement, etc then you need a robust system. If you completely started from scratch tomorrow, my bet is you would end up creating something that didn’t look dissimilar to a schooling system. So the absence of change so deplored by many may indicate that viable alternatives are not available.

The second aspect is to consider what is wrong with the statement. As with the Dickens example, it actually ignores many significant changes, including:

When you take these into account, the schooling of children in 2015 is nothing like that of kids in 1915. Now this is not to suggest that there aren’t significant changes we can make within the schooling system. The Finnish approach is often cited as having a better attitude to assessment, curriculum, grouping, pedagogy, etc. And too often the education system is subject to the whims of whoever is the education minister (for example, the disastrous Michael Gove, who seemingly did want a 1915 system). And this is what irritates me about the industrial schooling argument – as so often with tech driven approaches, it demands wholesale revolution, instead of focusing on doing practical changes within the system which would actually be useful.