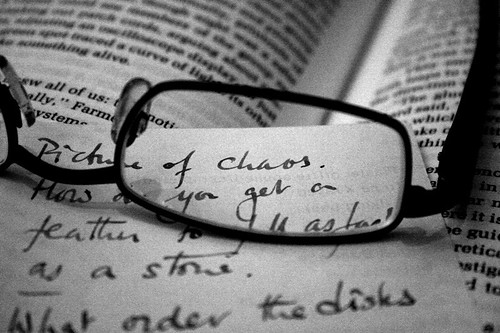 Annotation tools such as hypothes.is have gathered a lot of interest over the past year, and certainly have a lot of potential in education. It was at Open Ed last year that Jon Becker brought some of the ethical issues to my attention. These tools allow others to overlay annotation and commentary on any site, visible to anyone with that browser extension. It’s not on that site as such, so they don’t need permission to do that. This is great for annotating, say, an article in a newspaper, or a Governmental press release for example. But as Audrey Watters points out, less great if as an individual, you have been subjected to threats and trolls in the past. Just as you may want to turn off comments, so you may want to turn off annotation. And that’s what Audrey has done by installing a bit of code. As she puts it “My blog. My rules. No comments.” That seems fair enough – part of the message around helping people develop digital identity is owning your own space, which means have agency and control over that.

However, it comes at a cost. There is no speaking truth to power if you can block tools, you can’t annotate say the latest White House environmental policy stating the scientific evidence for damage this will cause (of course you can elsewhere, but it’s working on that document that others will see where there is value). This is the essential problem we keep coming back to with the internet: The great thing about the internet is that anyone can say anything. The terrible thing about the internet is that anyone can say anything. It’s why discussion lists, chat rooms and twitter have all succumbed to dark forces. Annotation is just the latest manifestation of this essential dichotomy between complete openness (but vile people use it to make people’s lives miserable) and control (used by states and corporations to block criticism). There are negatives at either end (and positives too it should be said).

In his excellent newsletter (sign up if you haven’t already) Mike Caulfield sums it up “the lessons of the past decade or so of the web have been harsh. The dream of open participation, in the economic and social climate it has been dropped into, has been as much plague as cure. It’s been easily perverted by the hateful, the corporate, and more recently perhaps, the state-sponsored.” Mike goes onto argue that we can address this dichotomy by careful tool design: “the separate question is what should be encouraged by the design of our technology. People want to turn this into a legal debate, but it’s not. It’s a tools debate, and the main product of a builder of social tools is not the tool itself but the culture that it creates. So what sort of society do you want to create?”

I’m not sure the problem can be addressed by tool design, it’s just too intractable. But I don’t know enough about tool design, so maybe it can, it would be good to see if there are ways we can shape it. And in this, hypothes.is seem like a reasonable ally, they’re a non-profit and from what I know of them, seem genuinely want to engage in this issue. So if we’re going to make it work, then they represent a good case study. Maybe we can’t though – and simply being able to block is the best solution. Because this issue is central to the future of the internet, and will resurface with the next tool. And given that the internet shapes pretty much most of society now, it is THE FUTURE OF ALL HUMANITY (what’s that? You were with me up until the last bit and then I overdid it?)