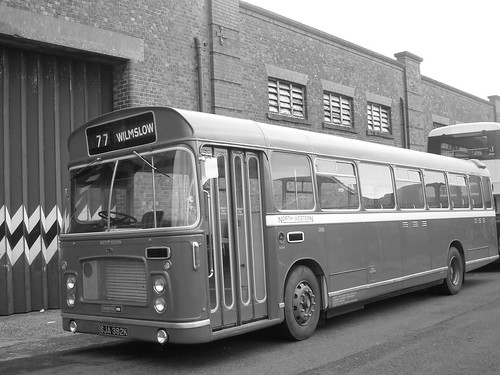 Following the OU’s recent tribulations I have reflected that, as an ed tech academic, much of it was related to the implementation, or the perception of, technology in teaching. In this the OU is not alone – increasingly the strategy of any HEI is determined in part (sometimes a very large part) by its relationship with technology. And herein lies a problem. Most VCs, Principals, Rectors, and senior managers are not well grounded in ed tech. It is also an area which is subject to extreme views (for and against), often based on emotion, romance, and appeals to ego. I would like to therefore propose a new role: Sensible Ed Tech Advisor. Job role is as follows:

(Lest that sound like I’m creating a job description for myself, I didn’t add “interest in ice hockey” at the end, so you can tell that it isn’t)

An example of this came by way of a post from Tony Bates after a keynote at the OU. I respect Tony a lot, and I think many MOOC providers would be well served to read his work, particularly on costs of elearning. But I think he got this wrong, and it captures some of the reason why the Sensible Ed Tech role is required. Tony talks about a ‘fixation on print as the ‘core’ medium/technology’. This seems a very outdated view of an institution which has a large Moodle developer community, supports over 100,000 online learners, has all courses online, has won awards for it’s OpenStem Lab, has millions of visitors a year to OpenLearn, etc. I would also add that the OU has a team model for course production, so whilst any academic may be print focussed, their views will be mitigated by other academics, the learning design team, and learning technology specialists, which means a course does not end up as just the embodiment of one perspective.

This isn’t (just) me being huffy about not acknowledging this, but rather this mischaracterisation of the problem itself becomes part of the problem. The previous VC kept talking about digital by design, as if in contrast to an analogue by design approach currently. That simply wasn’t the case (as someone who has studied 2 OU masters, and worked across all faculties with the Learning Design project, print isn’t as foregrounded as this attitude makes out). It is certainly true that some disciplines do have a print preference, and Tony is correct to say that often a print mentality is transferred to online. But what this outdated view (it was probably true 10-15 years ago) suggests is a ‘get digital or else’ mentality. Rather, I would argue, we need to acknowledge the very good digital foundation we have, but find ways to innovate on top of this.

If you are fighting an imaginary analogue beast, then this becomes difficult. For instance, Tony does rightly highlight how we don’t make enough use of social media to support students, but then ignores that there are pockets of very good practice, for example the OU PG Education account and the use of social media in the Cisco courses. Rolling these out across the university is not simple, but it is the type of project that we know how to realise. But by framing the problem as one of wholesale structural, cultural change starting from a zero base, it makes achieving practical, implementable projects difficult. You can’t do that small(ish) thing until we’ve done these twenty big things. And those big things (or big shifts if you like) are much more appealing to the ego of senior management (and cynically, look better on a CV). So, step forward Sensible Ed Tech Advisor, who whispers, rather like John Le Mesurier in Dad’s Army “do you think that’s wise?” (do I win most up to date cultural reference with that?).

I would also suggest that the sort of “get on the ed tech bus or else” argument that Tony puts forward is outdated, and ineffective (I’ve been guilty of it myself in the past). And as Audrey Watters highlights tirelessly, an unsceptical approach to ed tech is problematic for many reasons. Far more useful is to focus on specific problems staff have, or things they want to realise, than suggest they just ‘don’t get it’. Having an appreciation for this intersection between ed tech (coming from outside the institution and discipline often) and the internal values and culture is also an essential ingredient in implementing any technology successfully.