I’m going to blog some thoughts on being an academic with mild depression – I have no framing if that constitutes a big revelation or a ‘whateva’ moment, but thought I’d write it anyway. I say mild, I know it’s not a competition, and I know people who have really severe, debilitating illness far worse than mine. While I don’t suffer from bipolar or to anywhere near the same degree as Carrie Fisher, I can relate to her statement that “Imagine having a mood system that functions essentially like weather—independently of whatever’s going on in your life.” While a bout can be caused by some (often trivial) trigger, it is soon not about that trigger, but rather an all pervasive degradation of mood, energy, focus. Luckily for me this period is rarely longer than a day or so, not prolonged, but could be deep when it came, and increasingly frequent.

Mine has always come and gone, I had been a pretty depressed teenager (but back then it was diagnosed as “being a miserable shit”), and while I’m of a melancholic disposition (I have the Joy Division & Smiths albums as evidence), I had mostly been ok through most of my adult life. In quick succession though I experienced divorce, combined with predictable mid-life crisis, living through Brexit crisis and then OU crisis, which led to a serious slump. I figured this was a reasonable, almost inevitable reaction.

But it persisted after the cause had faded and with increasing frequency and depth. I’m no expert but Yuval Noah Harari’s analogy in Sapiens resonated with me – we all have an internal air conditioning system (based on serotonin levels). For some people it ranges from 7 to 10, while others are set lower, say 4 to 6. This was what it felt like for me, if my normal range was, say, 5 to 8, it had now been recalibrated to 3 to 6. Then a couple of years ago it culminated when I found myself crying in Amsterdam Schiphol airport for no reason (although on reflection that may in fact be a perfectly reasonable reaction to Schiphol), and decided I should do something about it. I went onto some low dosage Seratonin Reuptake Inhibitors. I appreciate that antidepressants are a contentious issue, but they worked for me. It felt like times when I might have previously gone into a spiral, my mood dipped down, bumped along the surface of that pit and then carried on.

But they made me kinda lethargic too, so I came off them at the start of this year. I felt my internal air conditioning levels had been reset. By the way, coming off them gives some trippy brain zaps for about a week. And mostly that’s been good, but I had a dip a few weeks ago, as if to just remind me “hey, I’m still here.”

Not so famous five 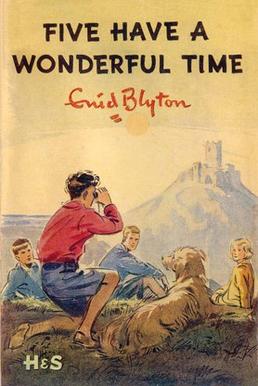 I believe that it’s different for everyone, and a lot will depend on individual circumstances, so this is no ‘how to’ guide. I deliberately haven’t made myself an expert in depression, so it’s just some tales from a sample of N=1. Here then are five thoughts on being an academic with this occasional problem.

I found that some of the bad stuff is also good – for example, the much talked about work-life balance, with people working at weekends being a contributory factor. That was true, I really needed to force myself to switch off. However, I have a pretty strong Protestant Work Ethic thing going on, so I feel guilty if I haven’t done the work I should do, particularly if that is a result of having a slow day due to depression. So sometimes, fitting in 3 hours on a Saturday morning clearing some tasks was a real benefit and alleviated rather than contributed to slump. It also made ‘having a slow day’ more bearable as I knew I could catch up, so I could afford to indulge it for a day often.

Now, let’s talk dogs, I had always loved dogs, but I didn’t appreciate how much of a boon they were. Seriously, dogs should be available on the NHS. The unconditional love is a much needed boost, but also, as a home worker, having a dog means I have to get out every day. With Teilo, my current dog, this is about 5 miles a day. The amount of times I have been heading for a slump, taken him out in the forest (often listening to a good audiobook) and by the time I come back, it has all shifted. It’s not much of an exaggeration to say that my previous dog, Bruno, saved my life. But a dog is a commitment, so I would ask indulgence from work colleagues when I sometimes have to arrange things around my dog (I don’t like going away for more than a week for instance). I can see them thinking sometimes “it’s not a child, it’s only a dog for Chrissakes”. But it isn’t, he is doing so much more work than that, he’s putting in the hours.

Immersion in a self-enclosed, separate world was also hugely significant for me. In my case it was sports, and specifically, ice-hockey. I had an interest before then, but I really indulged it as antidote – getting a season ticket, travelling to away games, going on holidays based around it. I could make a case for why ice hockey in particular is the ideal choice, but in reality it doesn’t matter what it is – painting, music, ultra-running, volunteering – it just needs to have two components: to be entirely absorbing so you are focused solely on that enterprise; to be independent, hermetically sealed, so it stands separate from everything else. Sport is ideal at meeting these requirements – it is of course entirely trivial and pointless in the grand scheme of things, but yet if you are into it, then it is your sole focus for that duration and it allows for endless discussion, debate, and conjecture. It is also free from any connection to work or regular concerns – the people we have made friends with at hockey really don’t care about the venture capital ambitions of MOOC companies. And that’s fab.

Social media is another of those good/bad dualities. It’s been an enormous benefit to sometimes just pass an evening chatting to people online, and to have such a thoughtful, interesting network of people to make you see the best of life. But at the same time, you can start your day and have seen 50 things that make you outraged before breakfast, to which you are mentally composing responses and sustained imaginary arguments. That is a tough vale to climb out from for the rest of the day. So I have started to use with care, and sometimes mute people who are only angry, even if they are justifiably so, and I agree with them.

I’ve mentioned the drugs, and that is always a personal choice, but what going to the doctor (who was super understanding, thank you NHS GP), signified was a recognition to be proactive. Being British, male and of a certain age is a triple whammy of emotional repression, so doing something rather than ‘just getting on with it’, was a big deal. I felt better immediately after taking the first pill, and that isn’t really how they work biologically, so I know it was a psychological effect. Simply acknowledging that something could be done was in itself a cure, I’m not sure it mattered really what that thing was. Similarly, I informed a couple of line managers (who again were very supportive), and that act in itself was therapeutic. I never had to claim time off from depression (see the benefits of flexible working above, which I acknowledge is a huge privilege and many people don’t have the kind of work that allows that), but it was comforting to know that if I did, it wasn’t coming from nowhere. 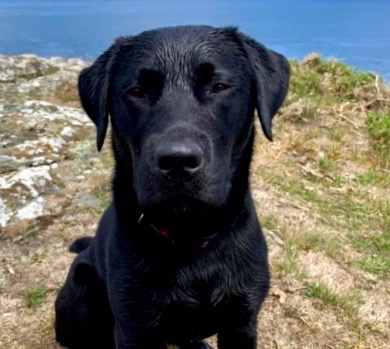 All this offers no big insight I’m afraid, but for me that combination of making flexible work adapt to my advantage, having a dog, immersion into a separate world, judicious use of social media and the positive action of getting medication was an effective, if not foolproof, combatant. Mainly the dog though.

PS – I appreciate and understand that people can be sensitive about this, so just to clarify, don’t take the breezy tone of this piece to be an indication that either a) it isn’t a shitfest when it hits or b) I don’t take it seriously. It’s just how I choose to write about it.