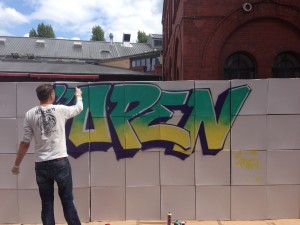 Led by Beck Pitt, the OER Research Hub has developed an open course (don’t use the M word) on P2P University on being an open researcher. It is four weeks long, although you can study it anytime and it’s all available at once. The weeks cover:

It’s based on our experience of running the OER Research project as an open project. There are a number of interesting things that happen when you try to operate in the open. For instance, what ethical considerations are there to releasing data? What communication methods are most effective? The course explores these, using the fictional Mr O’pen. He’ll be in a pixar film before you know it.

The facilitated course starts on 15th September, although you could be doing it now if you want. There will be a weekly Google Hangout every Thursday over the 4 weeks of the course, with one pre-course hangout on the 11th. Take a look, we’re all finding out what being an open researcher means still, it’s not a defined set of approaches, so maybe there will be something there that works for you.