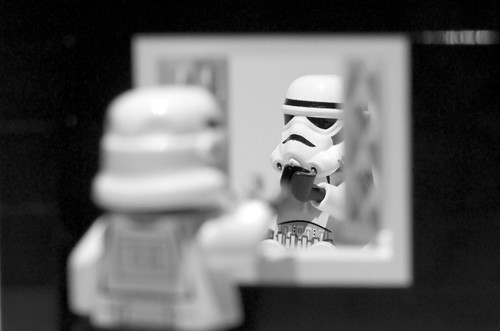 [The last in the 25 Years of Ed Tech series]

I’ll do a conclusion and themes post (if I can be arsed) of the 25 Years series, but now we reach the end. For this year, I’ve chosen not a technology, but rather a trend. I see in much of ed tech a divide, particularly at conferences. There is the gung ho, Silicon Valley, technology utopian evangelists. This is a critical reflection free zone, because the whole basis of this industry is on selling perfect solutions (to problems they have concocted). This is where the money is.

In contrast to this is a developing strand of criticality around the role of technology in society and in education in particular. With the impact of social media on politics, Russian bots, (actual) fake news, Cambridge Analytica, and numerous privacy scares, the need for a critical approach is apparent. Being sceptical about tech is no longer a specialist interest. Chris Gilliard has an excellent thread on all the invasive uses of tech, not all educational, but there are educational implementations for most of them.

One prominent strand of such criticality is suspicion about the claims of educational technology in general, and the role of software companies in particular. One of the consequences of ed tech entering the mainstream of education is that it becomes increasingly attractive to companies who wish to enter the education market. Much of the narrative around ed tech is associated with change, which quickly becomes co-opted into broader agendas around commercialisation, commodification and massification of education.

For instance, the Avalanche report argued that systemic change is inevitable because “elements of the traditional university are threatened by the coming avalanche. In Clayton Christensen’s terms, universities are ripe for disruption”. In this view, education, perceived as slow, resistant to change and old-fashioned is seen as ripe for disruption. Increasingly then academic ed tech is reacting against these claims about the role of technology and is questioning the impact on learners, scholarly practice, and its implications. For example, while learning analytics have gained a good deal of positive coverage regarding their ability to aid learners and educators, others have questioned their role in learner agency and monitoring and their ethics.

One of the key voices in ed tech criticality is Neil Selwyn, who argues that engaging with digital impact on education in a critical manner is a key role of educators, stating “the notion of a contemporary educational landscape infused with digital data raises the need for detailed inquiry and critique”. This includes being self-critical, and analysing the assumptions and progress in movements within ed tech. It’s important to distinguish critique as Selwyn sees it, and just being anti-technology. These are not pro and anti technology camps – you can still be enthusiastic about the application of technology in particular contexts. What it does mean is being aware of the broader implications, questioning claims, and advocating (or conducting) research about real impacts.

Ed tech research then has begun to witness a shift from advocacy, which tended to promote the use of new technologies, to a more critical perspective. This is not to say that there is enough critical thought around, and the drive for venture capital still seeks to eradicate it, but this series is about when moments in ed tech became significant. 2018 marks that for a more receptive approach to critical perspectives. If the evangelist and critical approaches represent two distinct groups, then sitting inbetween these two is the group we should all be focused on in ed tech – the practitioners in universities, schools and colleges who want to do the best for their learners. And that seems a fitting place to end the series.