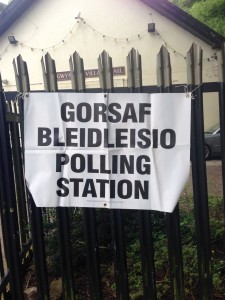 The unthinkable has happened and Britain has voted to leave the EU. The nation stared into the abyss last week and I had hoped that would be enough to make it pull back, but no, it seems that 52% of my fellow Brits decided the abyss looked just fine and plunged in. I feel for my European colleagues who work and live in the UK. They must feel very uncertain about their future now in a country that has shown itself to be so aggressively anti-European.

This is a personal post, I’m not going to dissect the campaigns or implications here. I feel lost. It is not just the decision itself, but what it has revealed about the country I live in. Every aspect of the Leave campaign has illustrated that Britain is now a place where you cannot feel any sense of belonging. It demonstrated that being openly racist was now a viable political tactic for the first time since the 1930s. It was anti-intellectual, as experts were widely dismissed in favour of slogans. It was distinctly Kafkaesque when a rich city banker and aristocrat talk about fighting the elite, when a Prime Minister hopeful proudly boasts “I don’t listen to experts”. It was post-truth, with deliberate lies told repeatedly and no rational argument or model proposed. It was selfish, with most young people wanting to Remain, the over 65s who will the least affected, voted to Leave.

As a liberal, academic who tries to do research gathering evidence with European colleagues, this is pretty much my anti-society. It feels very different to when your side doesn’t win in a general election. I could always understand, even if I didn’t agree with, those choices. But my country has just voted gleefully for hatred and economic ruin. What am I supposed to do with that fact?

There have been many casual nazi references thrown around in this campaign. But the similarities are horrible – right wing demagogues coming to power by blaming the current financial problems on immigrants and employing hate based tactics. No-one in Britain ever gets to ask again “How did Nazi Germany happen?” In The Drowned and the Saved, Auschwitz survivor Primo Levi talks about letters he received from Germans. One of them seeks forgiveness, saying “Hitler appeared suspect to us, but decidedly the lesser of two evils. That all his beautiful words were falsehood and betrayal we did not understand at the beginning.” Levi replies angrily highlighting that Hitler’s intentions were always obvious. This sentiment will be expressed by the people who voted Leave in a few years time when the economy has worsened and things have lurched to the right too far even for them. “How could we have known we were being tricked?” they will cry. Yes, you were tricked, but only because you wanted to be. The facts were there but you chose to deliberately ignore them in favour of indulging self pity and rage. I will find it very difficult to forgive anyone who voted Leave for what they have done to this country and to my daughter’s future.

I know I should feel emboldened to fight on for the things I believe in, but at the moment I need to find personal tactics to get through it. This whole process has brought the full, boiling, rage of Brits to the surface and it’s been like living with YouTube commentators for the past few weeks. It has made me feel quite ill, and so I need to find tactics for dealing with the new reality, as the only thing I have at the moment is curling up in a ball in the corner. I’m taking a social media and news break for a while, I’ll walk my dog and try to tell my daughter that things will be ok.