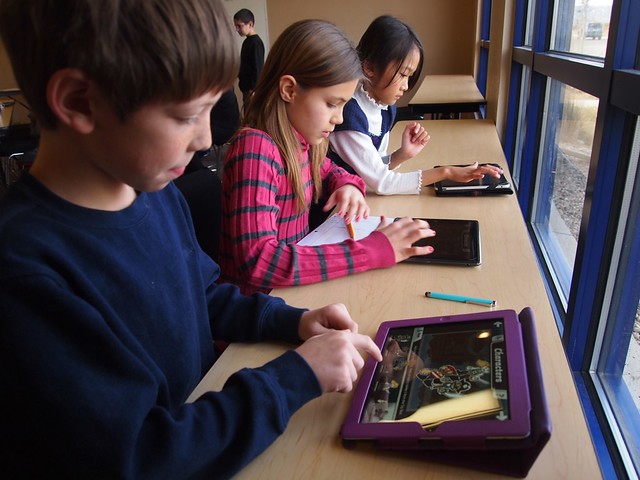 When I did my degree in Psychology I remember a lecturer dismissing lots of theories of cognition as a ‘pseudo-homunculus” explanation. The homunculus explanations of psychology posited a little person sitting inside, driving your actions (think Inside Out). Of course, this was debunked hundreds of years ago, but a pseudo-homunculus explanation was one that went so far and then almost implied a little person. For example, theories of perception that posited a projection of the external world as if it was a cinema screen inside the head. It didn’t explain how that then led to action.

I was thinking about this with ed tech presentations. The digital natives myth has long been debunked, like the homunculus, but what we have are often pseudo-digital native explanations. I joked on twitter that we should ban presenters from talking about their children’s use of technology. I don’t really want to ban it (before people start telling me why a ban would be a bad idea), and I think sometimes it is used to effectively make a point. But often the deployment of these anecdotes (or videos even) is to sneak some pseudo-digital native juice in, without being derided for such. “Look, my daughter uses the ipad in a totally different way to me, we need to be ready for these kids in university” is often the implicit or explicit message. I blogged a while ago that there is something appealing about the digital natives idea, people want it to be true, and so it finds new ways to reassert itself. So when you hear a “my kids” anecdote in a presentation, I just ask you to do a pseudo digital natives check. Stay vigilant people.