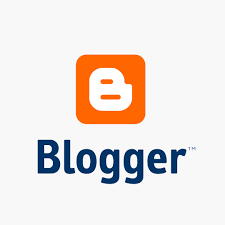 Whatever happened to blogs eh? What kind of poor, deluded, stuck in the past has-been would still keep a blog? In my 25 Years of EdTech series we’re now at 2003. Elearning is A Serious Thing, with standards, platforms, policies and strategies. Blogging developed alongside these more education specific developments, and was then co-opted into ed tech. In this it foreshadowed much of the web 2.0 developments, which it is often bundled in with.

Blogging was really just a very obvious extension of the web. Once anyone could publish, they would inevitably start to publish diaries. This speaks more to the immutability of human communication than new technology – give people a communication medium and they’ll start writing diaries. Blogging emerged from just a simple version “here’s my online diary” with the advent of feeds, and particularly the universal standard RSS. RSS meant you could subscribe to anyone’s blog and get regular updates. This was as revolutionary as the liberation that web publishing initially provided. If the web made everyone a publisher then RSS made everyone a distributor also. And if you ever picked up hand printed Socialist Worker leaflets outside a Billy Bragg concert on a rainy Wednesday in Hammersmith, then you understood that distribution was where the real power lay.

Once this was in place, then people swiftly moved beyond diaries. What area (from news about newts to racist conspiracy theories) isn’t impacted by the ability to create content freely whenever you want and have it immediately distributed to your audience? Blogs and RSS type distribution were akin to everyone being given superhero powers. Facebook, Twitter, YouTube – they’re all the brattish, ungrateful children of blogs. It’s not really surprising that in 2018 we’re wrestling with the implications of this. Imagine if Superman had a zombie virus and passed on his powers – it’d cause a lot of shit to happen, good and bad.

In 2003 I think I tried my first abortive attempt at blogging – it would take another couple of attempts before it stuck in 2006. John Naughton was my blogging father – in 1999 he had shown me a homemade system he’d developed to do a daily online HTML journal, and it was through him that I became aware of the work of Dave Winer and the nascent Radio UserLand blogging platform.

If I had a desert island EdTech, it would be blogging, and that is not just in a nostalgic sense. No other educational technology has continued to develop, as the proliferation of WordPress sites attests, and also remain so full of potential. I’ve waxed lyrical about academic blogging many times before, but for almost every ed tech that comes along, I find myself thinking that a blog version would be better: e-portfolios, VLEs, MOOCs, OERs, social networks. Sometimes it’s like Jim Groom and Alan Levine have taken over my brain, and I don’t even mind. I still harbour dreams of making students effective bloggers will be a prime aspect of graduateness. Nothing develops and anchors your online identity quite like a blog.