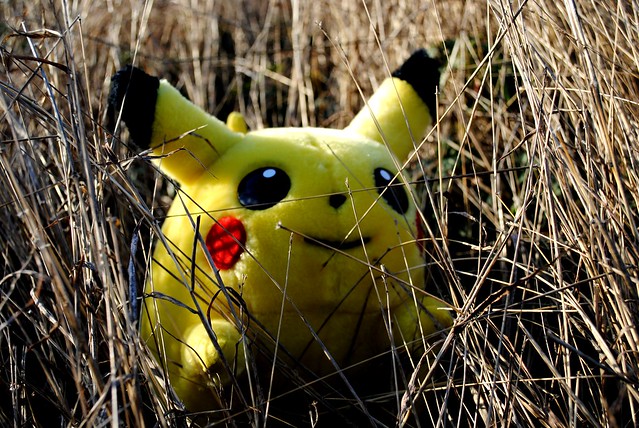 This week has all been about Pokemon Go. Inevitably there are pieces about Pokemon Go for education. This happens with every technology that makes a popular breakthrough. I’m not going to comment on Pokemon here, I’m sure it’s fun, and it does raise lots of interesting sociological questions about Augmented Reality and physical space intersection. Instead though, after a good discussion on Twitter last night, I thought I’d look for more general principles regarding how educational technologists should react when the same thing happens again in three months time with some new piece of technology. Off the top of my head, here are my thoughts on what to do when the next “Future of learning” innovation arrives.

Pick the narrative battle carefully – a common reaction (well from me anyway) is to be dismissive. MOOCs, learning analytics, augmented reality – none of these are new. But just saying “it’s not new” doesn’t mean it’s not relevant, and can make you look a bit pompous. Sometimes though there are battles around narrative that are worth fighting. I bemoaned this the other day about the manner in which MOOCs are now seen as the first generation of online learning. The narrative here is worth defending not just for accuracy, but because the new narrative has implicit intentions: to establish the tech industry as innovators, not education; to promote commercialisation of education as a result; to control the narrative and therefore direction of development.

Extract what is actually interesting for learning – I feel there is a tendency to focus on surface characteristics, and rush off to replicate those. Instead, take a moment to reflect and think what is actually interesting about this development, and why it has people engaged. Then map that onto what we want to do with education (developing a generic “Aims of education” scoring sheet might be a useful thing here). It may be that, despite some surface similarities, once you do this, there isn’t much that is relevant for education. In which case, be prepared to ignore it.

Recognise the opportunity – while it is often the case that the things that make the headlines are not new (museums have been playing with AR for years), they do represent a breakthrough moment. There is no point decrying this, and saying “it should’ve been me (or this project over here)”. This sudden attention means things you might have wanted to do are now possible. Which brings me on to the next point.

Be experimental – the very worst thing to do is simply ape the commercial solution (hello MOOCs). So, just sticking Pokemon in your library might get some people through the door, but it won’t make them engage, and they’ll probably just leave litter in your nice atrium. Use the attention the new buzz has created to do different things that only universities can do.

I’m sure you will have other factors, but whatever they are, taking this higher level approach to every new technology will allow us to engage meaningfully, ignore hype and develop useful ed tech. I’m off now to capture a Jigglypuff in my garden.