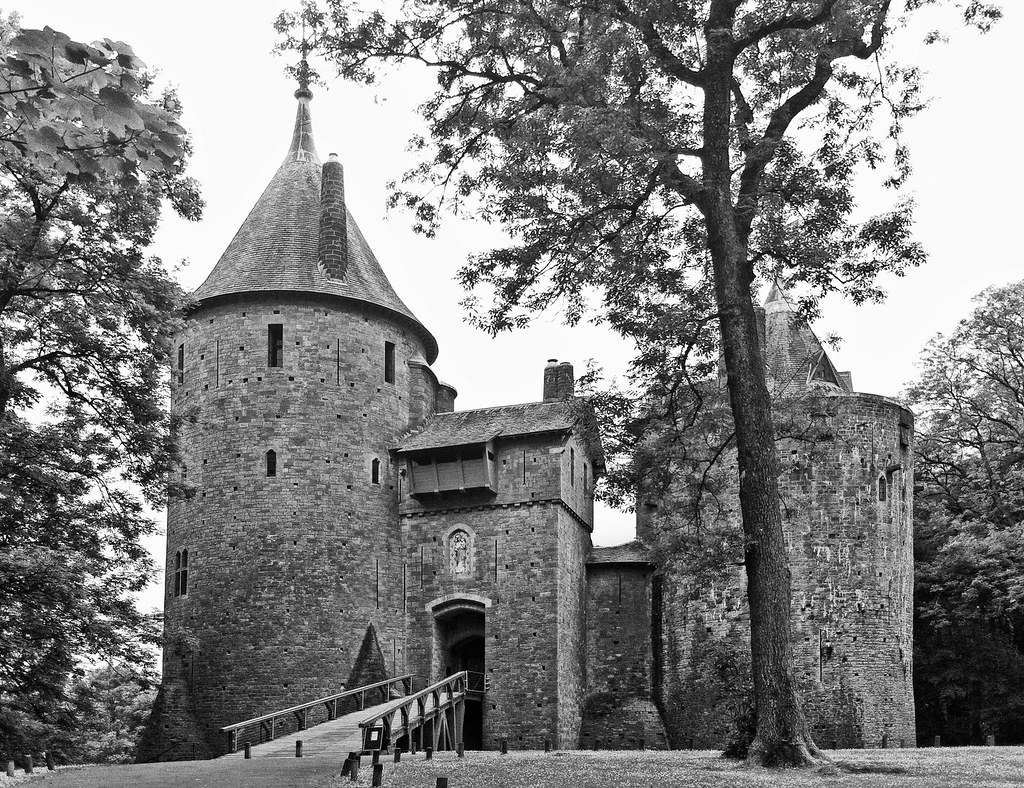 I understand why tech companies like education, but I don’t understand why they like it so much. Obviously, there’s money, the global education market is estimated at $4.4 trillion. Get a big chunk of that market and you can buy a football team. And there’s the perception that it’s slow and ripe for change, which appeals to both investors and egos of developers. These are both undoubtedly significant factors. But I’ve come to suspect there’s something else in the psychological mix – a form of legitimacy and permanence. I’m going to try to explain this by way of a long winded detour into the history of my local castle. But it comes together, so bear with me.

Castell Coch (Welsh for Red Castle) is situated above the village of Tongwynlais, on the outskirts of Cardiff. The ruins of an earlier 11th century castle and the surrounding land were acquired in 1760, by John Stuart, 3rd Earl of Bute. His great-grandson, John Crichton-Stuart, the 3rd Marquis of Bute, inherited the castle in 1848. The landed estates, and particularly ownership of the Cardiff docks which had become the busiest coal exporting dock in the world, made him one of the wealthiest men in the world. A keen medievalist, he employed the architect of High Victorian style, William Burges to reconstruct the castle, as a summer hunting retreat.

In collaboration with the Marquis, Burges developed a design in the style of medieval, fairy tale castles. The exterior was constructed from 1875 to 1879. Despite its intended aim as a hunting lodge, the castle was not used often, and is largely viewed as part of the Victorian fashion for follies.

This can be considered as a belated example of what Peter Borsay termed the The English Urban Renaissance. After 1700 Borsay argues that many English towns underwent a renaissance period, characterised by uniform design, street planning, a growing middle-class population and increased leisure facilities such as assembly halls, public gardens and theatres.

A number of conditions then arose to see a shift from towns being less focused on their rural position, and instead on their own services. Borsay provides the role of leisure as an example of such a shift in identity and function. The urban renaissance was largely unseen in Wales however, which lacked major industry prior to the nineteenth century. Towns such as Brecon acted as agricultural market towns. The geography made transport difficult between many Welsh settlements, which further limited their trade.

However, the features Borsay sets out as being characteristic of a 17th Century urban renaissance can be seen in nineteenth century Cardiff, accompanied by population growth. Allied with this population growth are many of the public amenities Borsay cites as characteristic of an urban renaissance, for instance a Gas Act in 1837 for public lighting, a waterworks act in 1850, as well as signs of leisure such as a racecourse in 1855. This is contrasted with the experience of the poor in Cardiff, which after the Poor Law of 1834, developed a workhouse in 1836. This soon proved inadequate for the expanding population, and a new workhouse was constructed in 1881.

Castell Coch as representation of power

This provides a context within which Castell Coch was constructed, and how it could be interpreted by the local population. This was a time of great social upheaval – the trade union movement was a significant force in South Wales and the Rebecca Riots of 1839-1844 in West Wales had demonstrated that social unrest could flare up violently. The political activism of the Chartists in the South Wales coal fields similarly highlighted that the feudal order was in decline. These social upheavals caused great anxiety amongst the elite, with the Railway merchants proclaiming that ‘the late Chartist and Rebecca riots sufficiently evince that Wales will become in as bad a state as Ireland, unless the means of improvement are given to it’.

In this context then the Castell becomes not simply an indulgence of an interest in medievalism, but a deliberate attempt to lay claim to the historical immutability of the position of the aristocracy. This is further reinforced by the siting of Castell Coch on an existing ruin. The original site dates back to the Normans, and was rebuilt in 1277 to control the Welsh. As Wales faced another rebellion the reconstruction of Castell Coch can be interpreted as a signal on the longevity of power. The decision by Burges to incorporate elements of the earlier castle, particularly noticeable in the cellar reinforces this connection with past representations of power.

Although the Marquis could point to several generations of wealth, they were not part of the landed gentry dating back to Napoleonic times. In South Wales, Philip Jenkins argues that there was a shift in the gentry from ancient landed families to a new landed elite from approximately 1760. These new families sough to establish an ‘ancient gentry’:

For the new ruling class, newness was politically damaging, while antiquity could be a considerable asset. If they could only assert their historical roots they could claim to be part of a natural and immemorial rural order.

In this context, the faux romantic style can be interpreted as an extension of power. By evoking romantic notions of medieval ages, and building on the site of a Norman century castle, the message of Castell is one of the permanence of power. The immutability of the aristocracy is presented as both reassuring and unquestionable. Tom Williamson highlights this use of consciously manipulating ‘symbols of the past’, in order to hide a very modern use of land ownership rights. For example Susie West highlights how landscape landscapes gardens are ‘spaces deliberately removed from production’ and are now presented as aesthetic objects. Castell Coch can similarly be viewed as an artistic creation, removed from the original function, in this case military defence, of the original. 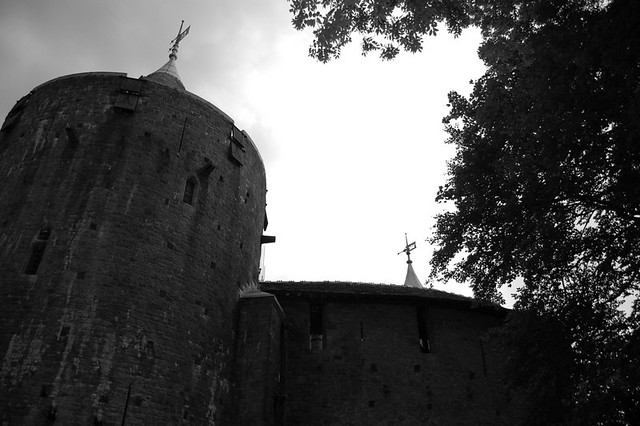 If we view the digital revolution as a similar social force as the industrial revolution, then it creates challenges to established power. What the new powers then seek to do is ally themselves with symbols of longevity. In the physical world this is castles and manor houses. In the digital world, it is education and governance. Education is often decried for being slow to change, and stuck in the past, but whether they realise it or not, these are the values tech companies seek to appropriate. Education is a recognised universal good (generally). It has longevity, history, social value. Those, as much as the millions of users with dollars, are assets that tech companies seek to acquire, because as with Castell Coch, what they do is strengthen your position. The message of Castell Coch was that physically and literally it was unassailable – which meant that metaphorically so was the position of those who owned it. It rendered legitimacy to their new found wealth, the crucial function of which is to remove questions. This is precisely what being deeply involved in education does for tech firms. We don’t question their algorithms, their ethics, their control because, look, we’re educating 20 million people in developing nations with our platform.

Of course, that doesn’t mean higher ed should eschew technology – far from it, we have a duty to ensure learners get the most from technology and to use it to teach in new ways and reach new audiences. But it shouldn’t sell itself cheap. They want something from education, its ‘symbols of the past’, so stop treating them as saviours.

(And if you want to come and see Castell Coch, give me a shout).