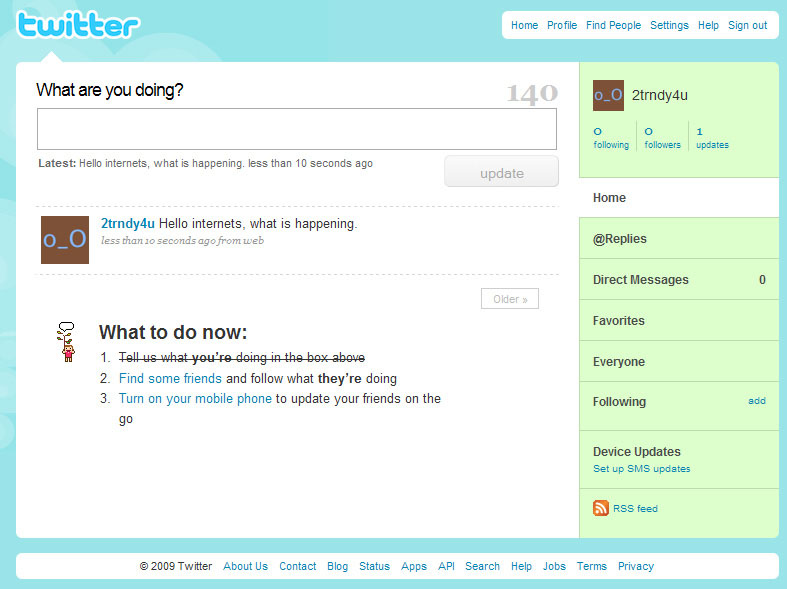 If the VLE was the big cheese of ed tech, then Twitter is the behemoth of third party tech that has been adopted in education. There’s probably too much that can be said about Twitter to do the subject justice, but it would be remiss to leave it out of my 25 years account. Founded in 2006, Twitter had moved well beyond the tech-enthusiast bubble by 2009 but had yet to become what we know it as today: a tool for wreaking political mayhem. With the trolls, bots, nazis, daily outrages, and generally toxic behaviour not only on Twitter but also on Facebook and other social media, it’s difficult to recall the optimism that we once held for these technologies. In 2009, though, the ability to make global connections, to easily cross disciplines, and to engage in meaningful discussion all before breakfast was revolutionary.

There was also a democratizing effect: formal academic status was not significant, since users were judged on the value of their contributions to the network. In educational terms, social media has done much to change the nature of the relationship between academics, students, and the institution. Even though the negative aspects are now undeniable, some of that early promise remains. What we are now wrestling with is the paradox of social media: the fact that its negatives and its positives exist simultaneously.

In education, much of the attention has focused on its use by educators to develop online identities. Step forward George Veletsianos, Bonnie Stewart, Katy Jordan, Catherine Cronin and Cristina Costa amongst many others who have made this a really rich area of research. The paradoxes are evident in much of this work also: educators use it to enhance their work, share resources, gain information, develop networks, but also feel stress, uncertainty and pressure relating to its use.

The use of Twitter to teach is perhaps less well documented. At the OU my colleague Andrew Smith does some interesting work in using it to create a community for distance ed students, and the very successful #PhDchat hashtag has been used to create a global, informal community. It is now part of the mainstream of university communication channels, and often integrated into support functions also. But it’s effective use in education is still often an isolated practice – and given its issues maybe that’s a good thing, as mandating or privileging any use comes with myriad issues.

As with Facebook, one of the issues students found in using a social media platform where they combine their personal and academic identity, they suffer from ‘context collapse‘. One minute you’re discussing the best place to get cheap lager, and the next your professor has popped up saying ‘here’s an interesting article on Derrida’. It’s disconcerting. But this is a reflection of what Twitter does for education as a whole – the context between the university and the rest of society is collapsed. That may be no bad thing generally, but when it means flat earthers arrive in your geology discussion to insist the world is not, you know, round, it raises problems which we are still incapable of solving. Twitter context collapse is like one of those black hole visualisations – cat pictures, sports discussion, funny memes, feminist movements, supportive communities, nazi trolls, conspiracy theorists – they’re all collapsing in and in this academia is one small part. Regaining and retaining its own sense of identity and values while deriving some of the benefits of context collapse – that’s the challenge.