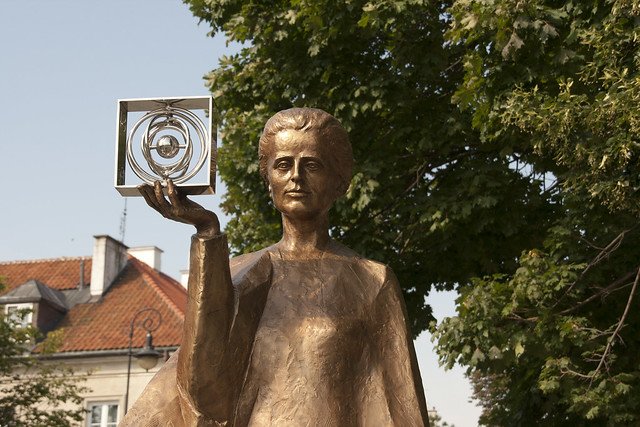 In a recent post I mentioned how I’d been at two conferences and academics had bemoaned the state of the relationship with IT services. At the risk of making academics seem like a bunch of whingers, a second theme occurred (perhaps people just like moaning to me) which was the precariousness of the academic researcher. I write this as a tenured Prof (whatever tenure means now), so it is not a self pity or self serving motivation that drives this but concern at the direction universities are hiccuping their way to.

I’ve become increasingly disturbed by the way universities (in the UK, but I suspect it’s commonplace) treat researchers. For nearly all forms of employment there is the 4 year rule which states “Any employee on fixed-term contracts for 4 or more years will automatically become a permanent employee, unless the employer can show there is a good business reason not to do so”. Lucky, lucky researchers are exempt from this however. In 2008 people were saying the fixed term contract was a thing of the past, but with austerity, the introduction of fees and general uncertainty in the higher education sector, its use seems to have increased. This is particularly true for researchers who are employed on external funding. Researchers are employed to a specific project, and when that project ends, unless there is another project, their employment is terminated. This may make sense for a big 3 year project, where you don’t want to employ a large team after the funding ends. But many researchers exist on a diet of short and medium term projects, hopefully with no gaps in between. My understanding, but I’m no expert in employment law, is that the project manager would have a good case for being made permanent at the end of a 4-year project, whereas the researcher would not. I appreciate project managers and researchers equally, but it seems non-sensical to have a surfeit of permanent project managers and a deficit of full time researchers.

The Research Concordat proposes that: “Research posts should only be advertised as a fixed-term post where there is a recorded and justifiable reason.” However, making that ‘justifiable reason’ is not difficult for universities, and the Concordat is not the same as employment law. In 2014 67% of researchers were on fixed term contracts and 39% have been at their institution for more than four years, which indicates that since the Concordat introduction in 2012 we haven’t really seen a significant reduction in the use of fixed term contracts.

Effectively universities are deploying a legal loophole in employment law to keep researchers on a series of short, fixed term contracts. I want to argue that this is bad at an individual, institutional and universal level.

For the individual, it is no way to live, being continually only 6 months or so away from being unemployed. Getting a mortgage, deciding to put down roots, and just feeling secure is very difficult in this context. It also means focus and loyalty to any one project or institution is difficult – if you’re sensible you are always looking for the next job.

At an institutional level the short-term approach can be costly. A project ends, you lose the staff, the three months later you get a new project. You then have to recruit new staff, which with advertising, and interviewing timing often takes 3-6 months. That’s 3-6 months of your new project that is lost. It is estimated that it costs £30K to recruit a new member of staff. That’s pretty much the salary of a researcher for a year, when they could be doing other things for you anyway. It also makes the establishment of a research culture much more difficult, community is a very nebulous thing, and can be easily undermined with the loss of two or three key individuals (and the full time researchers are often the ones who give most to the local community because they are unencumbered with many of the other duties and roles of senior staff).

At the more universal level it is detrimental for research at universities as a whole. This lack of a readily available research staff makes universities less agile and flexible, since everyone is either fully employed on an existing project or they need to employ new staff, with the difficulties described above. If you have a one year project, you don’t want to lose 3 months of it recruiting staff. Increasingly we are seeing independent researchers or small research companies offering services. As more research involves using IT rather than expensive equipment then it can be done by a few people working at home. Without the need for the large overheads of universities, they can be cheaper, and offer researchers better contracts and pay. Apart from the heavy duty STEM projects, research then becomes outsourced from the university, or the university is simply bypassed. This would be a shame, research is an integral part of the university identity, and is often allied with teaching. You want your best teachers and researchers in the same space. But the short-term gains universities are opting for with fixed term contracts undermines their longer term viability.

My feeling is that this has become habit and confused with employment law and best practice. It is possible to make the situation better for individuals, institutions and the overall research environment, but it requires some effort to address it. Now is the time, before it becomes too embedded and the damage at all levels too substantial.

The title comes from Martin Amis’s essay on Kafka. As internet kids like to say, I’ll just leave this here: “He deals in savage inequities that are never resented, pitiful recompenses that are tearfully cherished.”