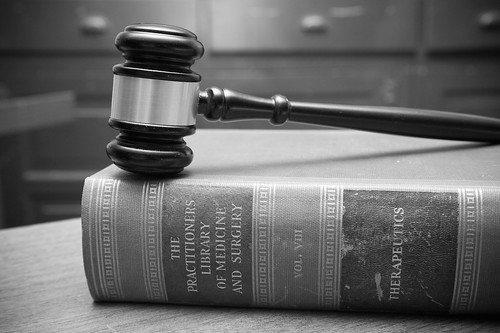 There was a bit of a hoo-ha the other day when the popular photography site Unsplash announced they were no longer using the CC0 licence but instead switching to their own one. Creative Commons’ Ryan Merkley wrote a blog post in which he claimed the new licence was revokable. This is a big no-no in open licences – imagine if you’ve used an openly licensed image in a book and then the licence changes – do you withdraw the book, pay a fee? For precisely this reason, CC licences are irrevokable – you can’t change it afterwards. After some twitter to and fro-ing Unsplash said their licence was always irrevokable (to be fair to Ryan their post originally said “we allow Unsplash contributors to stop further distribution of their photo” which sounds pretty much like revokability).

The reason Unsplash have moved away from CC0 is that other sites were effectively creating clones of theirs and then charging as stock images. Their licence now states: “This license does not include the right to compile photos from Unsplash to replicate a similar or competing service.”

So it was a bit of a storm in a teacup. It’s clear that (I think anyway) Unsplash weren’t doing this for nefarious reasons. It wasn’t a case of “now we’ve made our name being open, we’re gonna start charging for this stuff”. They just wanted to clamp down on this form of abuse which was clearly a problem for them. I expect for most people this is one of those debates that matters only to licence nerds. It did make me ponder several things though. Firstly, the confusion arose because this stuff is tricky. Unsplash said they didn’t want to get bogged down in legalese, but we quickly end up there. Rather like a good sports player, Creative Commons make the difficult stuff look simple. But it’s not, it took really smart people like Cathy Casserly and Larry Lessing to make this complicated, boring legal stuff accessible to the rest of us. We’ve been through several phases of interpretations and implications of the CC licences (remember the CC-NC wars?), and a new licence gets in the weeds quickly. For instance, who decides when the Unsplash licence has been breeched? Is that decision legally enforceable? What happens then? What if I disagree with your decision?

New licences cause confusion, remember the ASTM licences? No, no-one else does either. But on top of this, a proliferation of bespoke licences allows a drift away from openness. Using a CC licence is like outsourcing openness – they’re a trusted body who have it at their heart, so where you see it you don’t have to worry about openwashing or a con-trick (I mean people can do dodgy things no doubt, a CC licence doesn’t stop someone behaving immorally, or abusing rivals on Twitter, say). If you’ve got a myriad different licences we end up having to learn the fine print in each.

But to be fair to Unsplash, what do you do if you have a very specific problem which a broad brush CC0 licence does not address? You don’t want to confuse the CC brand by adding on too many variations. My guess is we’ll see more of these bespoke licences as various forms of openness creep their way into different types of practice. The only thing I would say is go bespoke carefully, there are perils there.