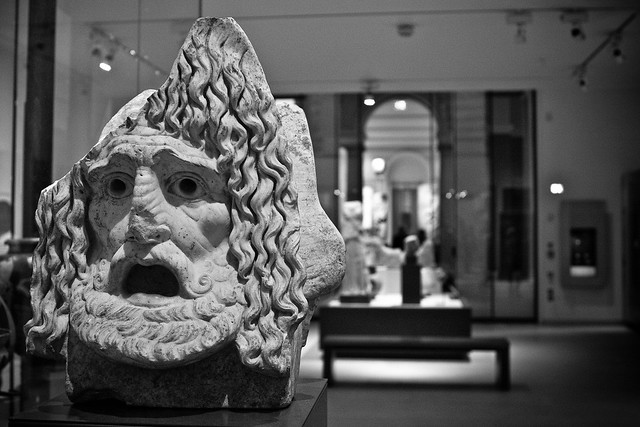 There has been a pruning of A-level subjects in the UK recently, with Art history, Archeology, and Classical studies all for the chop. It’s like the Beeching Report for education. It is puzzling in many respects – everyone talks about how the workplace is becoming increasingly fragmented, diverse in terms of jobs. We are told things like 65% of today’s students will be doing jobs that don’t exist yet (which reminds me of Anchorman’s “60% of the time it works every time“), and yet we are making the education sector increasingly homogeneous. And with higher ed funding increasingly focused on STEM subjects, it is not just at secondary level that this restriction of choice will occur.

This perhaps hints at another role for OER, which is preserving some aspect of the necessary diversity in educational topics. Just to be clear, I’m not suggesting OER should replace A levels in these subject, but rather arguing that if they are being scrapped, then thank goodness OER can at least keep them going in some format. OER provide good quality content that is specifically aimed at learners, which is distinct from other resources (documentaries, books) in the area. The OU’s OpenLearn site for instance has a fine collection of material on Art History. OER then can at least help the motivated learner stay in touch with a subject. There may be further possibilities however, in the often talked about model of accrediting informal learning. In such a model maybe we can bring some diversity to a curriculum by having OER electives. You may be studying Physics, say, but there is one open elective so you can add in an option of Archeology through the provision and accreditation of OER.

That is of course, nowhere near the same as having rich diversity in official courses, but it at least keeps appreciation of these subjects alive, until such time as a more enlightened educational regime is in place.