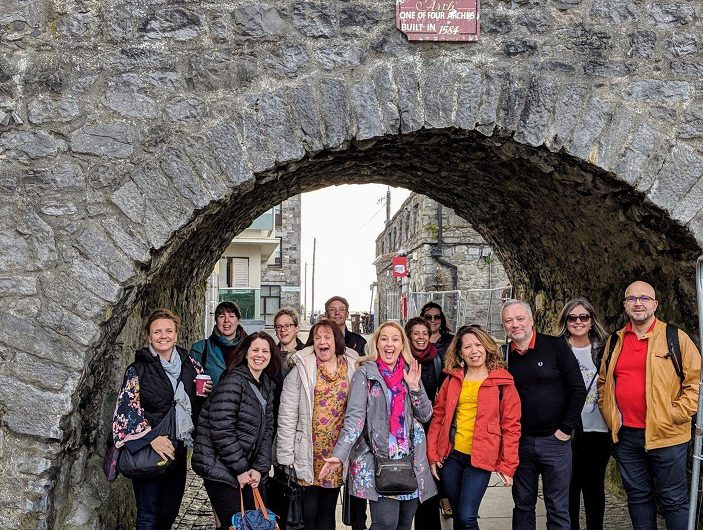 [Repost from the ALT blog]

In this post I am going to attempt to weave together three aspects: the UK Open Textbooks Project, the GO-GN network and the evolving nature of the OER conference. This year, we sponsored the OET19 project through the UK Open Textbooks project. This project investigated whether the successful North American model of open textbook adoption would transfer to the UK. We partnered with OpenStax and the Open Textbook Network, who provided different models of textbook adoption.

We have a fabulous shiny report on the project coming out next week, so look out for it on the website and twitter. The conclusion, was ‘sorta’. I was surprised by the interest in open textbooks in the UK FE/HE sector, but cost was less of a driving factor. It’s often been my experience that OER conferences in N. America are too focused on open textbooks, but it may be that the UK OER conference doesn’t give them enough coverage. They are sometimes portrayed as the boring aspect of open education, who wants a textbook when you can do so many other things? But the interest they generated in our study was not so much related to them being free but the pedagogic possibilities they opened up. Whilst it is true that content is not everything, that doesn’t mean it’s nothing, and the creative use of open textbooks is an area ripe for development in the UK.

The Global OER Graduate Network (GO-GN) is a project the OER Hub team at the OU have been running for several years. It is a network of doctoral researchers in the broad field of OER. Every year we bring about 12-15 of them together for an intensive two-day seminar. The focus here is on developing their research, and giving them a chance to network with other researchers from around the world. In an emerging field such as OER a researcher may be the only one in their institution looking at open education, and so the connection to a network like GO-GN has proven invaluable. We usually coincide this seminar with the OEGlobal conference, but with their move to a November slot we decided to link it up with OER19. This was particularly apt as one of the co-chairs, Catherine Cronin, is a GO-GN alumnus.

Although the GO-GN started with a focus very specifically on OER, it has evolved over time to include more aspects of open pedagogy and open educational practice. All of the researchers presented over the two-day seminar and the range of topics was diverse and rich. In this the GO-GN reflects the evolution of the OER conference itself, from one focused very deliberately on the development and implementation of OER, to one concerned with a wide range of issues which open education and resources have an influence upon.

The GO-GN researchers past and present were well represented throughout the OER19 programme, with over 30 presentations, which is evidence of this mutual development in areas of interest.

All of the GO-GN participants came away from Galway enthused (if a little tired), and with renewed vigour for their research. For the OER Hub team, this marks the end of one phase of GO-GN and with the next phase we hope to develop some of these ideas further.

This leaves me somewhat conflicted as my first takeaway was ‘don’t underestimate the importance of resources’ and my second one was ‘the evolution away from a resource-centric focus in OER is to be applauded’. Perhaps the way to reconcile these is to argue that in the past the ‘R’ in OER has stood taller, and we are now looking at a rebalance of attention across all three aspects of OER.