Ranking Roger of The (English) Beat passed away yesterday, which caused me to reminisce about my first ever gig, seeing them play at the Rainbow in 1981. I posted a thread on Twitter, but then lay awake for much of the night recalling other details, and also just how alien the 1980s seem to today. So forgive an old man his nostalgia, as I flesh out that experience a bit more. 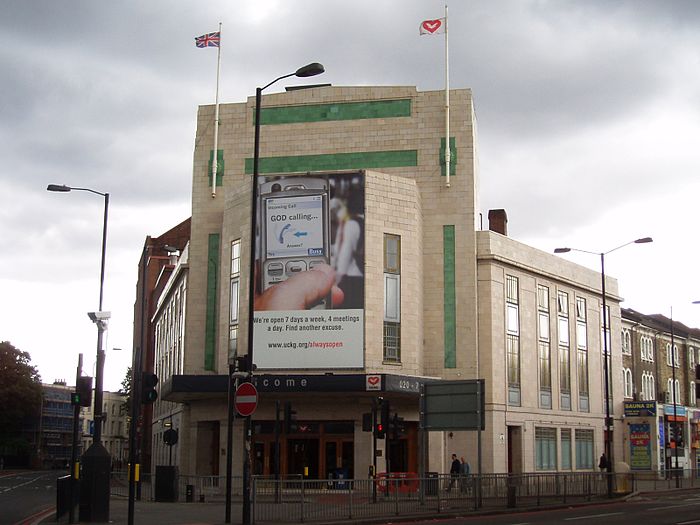 It was May 1981, and I had just turned 14. Living in Waltham Abbey, we are both part of London, but also on its periphery. A mate & I had been fans of the Beat since their first album and decided to see them at the legendary Rainbow Theatre in Finsbury Park in the lead up to their second album, Wha’ppen. We got the tube from Loughton and I was quite apprehensive. I hadn’t exactly led a sheltered life but going to a gig seemed like something older, proper London people did.

I can’t remember the support act, but it was quite sedate & I felt reassured. This would be just standing around, appreciating music, so we took up a position about halfway back, in the centre. Then the Beat came on & it was like an extra 5000 people had poured into a small space. The number of people per square metre trebled and they were all surging towards the front. There may have been seating further back, but where we were, it was all standing, with a sprung wooden dance floor. The whole floor was bouncing, I was afraid the building was in danger of imminent collapse. I was swept into a sort of skanking mosh pit.

Skanking was like a mixture of pogoing & running on the spot. It is exhausting to maintain for two minutes. This went on for 90 minutes and you were forced to continue, like a bouncy version of They Shoot Horses Don’t They? To relent risked getting sucked under the trampling feet. I was desperate for the band to play a slower number, to allow us to get our breath back. I began to curse them for being irresponsible as another crowd pleaser segued straight from the previous one. They didn’t let up for the whole night (apart from the ageing Saxa who sat on a stool). I must have lost about a stone in weight. 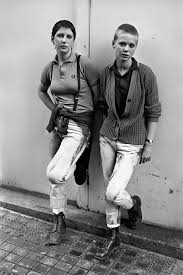 The skinhead and 2-tone movement was at its peak around then. Skinheads were a mixture of very left-wing, anti-racists and swastika tattooed nazis, you got one of the extremes (sadly the latter would come to dominate over the next few years with the Oi! movement, and it died as a youth culture). I used to go to Petticoat Lane market on Sundays (you could buy an album for £2.99 there) and you would see the skins, languishing by a wall in their Crombies, smoking, passing around a can of Special Brew like visitors from the Planet Fuck You. Skinhead boys were not uncommon in my school, but skinhead girls were still a rarity. It was a bold look in an age that idolised glamour. As I was caught up in that heaving mass of humanity, I found myself next to a skinhead girl, dressed in full regalia, like an incel’s worst nightmare – no. 2 shaved head, Ben Sherman shirt, braces, black jeans, DMs.

A very drunk bloke with a mullet and an excess of denim was pestering her. You have to appreciate that the start of the 80s still resembled the 70s in many ways, and a band like the Beat attracted a mixed audience. This bloke had clearly missed the memo about the changing times. As if to alert him to this fact, skinhead girl stopped dancing momentarily and nonchalantly punched him. Just full on laid him out, then went back to dancing. He didn’t move (I don’t think he was dead) and some bouncers dragged his prone body out. I was both scared and impressed – I’d never seen anything like this. It was the decisive manner in which skinhead girl acted so immediately, no debate, just boom! It was if with that right hook she sent him back to 1975. There was no room for that kind of shit where she was going. Fights were breaking out with casual abandon everywhere, as if they were just a regular part of the entertainment. 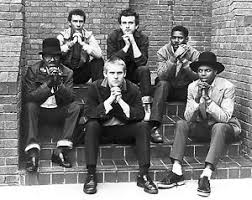 We survived and left completely soaked through in sweat. It was a Sunday so the underground was even worse than usual and there were no trains running past about 10.30. Having missed the last train back we set off walking with a vague plan to get a bus or something. We had no money and mobile phones were the stuff of science fiction. Walking along a street somewhere in north London, a car passed and my friend shouted “Nick!”. The car stopped and it was driven by the older brother of a school friend. He had been visiting his girlfriend and offered us a lift home. At the time I just accepted this with the incuriosity of a teenager, but now I can hardly credit that it occurred. London is not a small place, and we just happened to see someone we knew, who stopped for us. My friend was feeling nauseous after the night’s exertions and being hit by cold air while soaking wet. He spent the drive back with his head out of the window trailing a line of vomit like a horror movie Hansel and Gretel.

And that was my first gig. It perfectly captured the exhilaration and also the casual violence of London in the 80s. I went to school the next day and was like the ancient mariner wanting to stop one in three and tell them I had seen the world out there. It was scary and violent and noisy and dangerous and exciting and full of possibilities. I went to a lot of gigs after that (don’t worry I won’t make Martins 1980s Gig Tales a series), but none quite matched the awakening of that first one. Somewhere a kid will be having a similar experience this weekend, and I envy them. You only get a handful of those transformative experiences in life, so thankyou Roger for mine. Rank in peace.