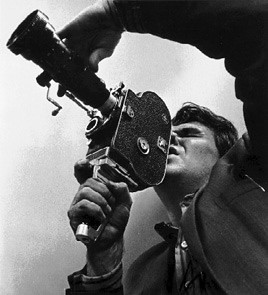 I’ve been reading (well listening to on Audible) Peter Biskind’s Easy Riders, Raging Bulls. It’s the account of New Hollywood, covering roughly 1969 to 1982, and plotting the rise and fall of the Hollywood auteurs such as Coppola, Scorcese, Altman, Friedkin and Bogdanovich. As is my wont, I’ve been drawing parallels with the education sector as I’ve been going through it. The tale is often portrayed as one of these plucky outsiders with artistic vision challenging the studio system, but ultimately failing and the money men then ruining cinema forever. Certainly when you consider the best films that arose form this period – The Godfather, Taxi Driver, The Exorcist, Jaws, Chinatown – then they stand up better than the ‘high concept’ films of the 80s – Top Gun, Die Hard, Basic Instinct – which followed.

But this simplistic take discounts the awful films created in this period which were the result of unchecked egos and a licence for self-indulgence (Hopper’s The Last Movie being a prime example). And what’s more, when you hear the inside story, these were often not the pure artists they are perceived of now – they are mostly nasty, megalomaniacs, with as much greed as any studio exec, driven by drugs, sacking people at will, and the sexism – wow, the sexism (I also read Julia Phillips’ You’ll Never Eat Lunch in This Town Again, which is a blast and really underscores the rampant misogyny in many of the new directors). These are very indulged men who wanted to create their own powerhouses. The reaction against them was driven by a desire for revenge from the studios who had lost money and been undermined by the new power of the director. The high concept movies of the 80s (they can be summarised in a sentence) were very much an accountant’s take on cinema. And while some of these are fun, they don’t approach the shambolic beauty of Apocalypse Now, say. But there was a reaction against this reaction also. And while now multiplexes are full of comic book movies, there is also a decent independent cinema circuit now, and a steady stream of intelligent, engaging movies that don’t require the director to think they’re a messiah to complete.

On to the parallels with education. I think we have a similar tendency to over-romanticise the academic culture of the 1970s. This was a time when universities were not subject to the managerial approach that dominates now. But like the new hollywood, this lack of accountability was not always a good thing for students. It also easily gave rise to a clique – people getting jobs for their pals was not uncommon. The problem was that this led, under New Labour particularly, to a desire to control those academics in the same way the studios wanted to control directors. Some of this has not been bad – the focus on helping students gain employment, improve student success, open up education to those beyond the usual elite – have all been a result of increased administrative and managerial approaches in higher ed. “Do what you want, the best will survive” approach to education that often persisted in the 70s ends up benefitting those in relatively privileged positions.

But as with the studio’s revenge, there is a downside to all of these. The increasing customerisation and fear of litigation/public failure has seen a move away from experimental pedagogy to safer options. This isn’t always to the benefit of students who don’t get to use that university time to really experience new ways of learning, and ultimately new aspects of themselves. The environment for academics has become increasingly pressured and controlled – and at the same time they are then criticised for being insufficiently innovative. I’m tempted to see MOOCs as the high concept equivalent in education – the Days of Thunder interpretation of university experience.

So, the question then is how do we get the balance right in allowing sufficient freedom, while still developing an environment that doesn’t allow (male) egos to run unchecked with scant regard for others? It has to be based on mutual respect between these two arms of the university – administration and academia. Too often people in both camps speak disparagingly of the others: academics ‘don’t live in the real world’; administration ‘just wants to control everything’. There is a bit of truth in both of these, I’ll admit, but we’ll need to get that balance right to avoid our students sitting through years of The Last Action Hero or At Long Last Love, when they could be watching Moonlight or Captain Fantastic.