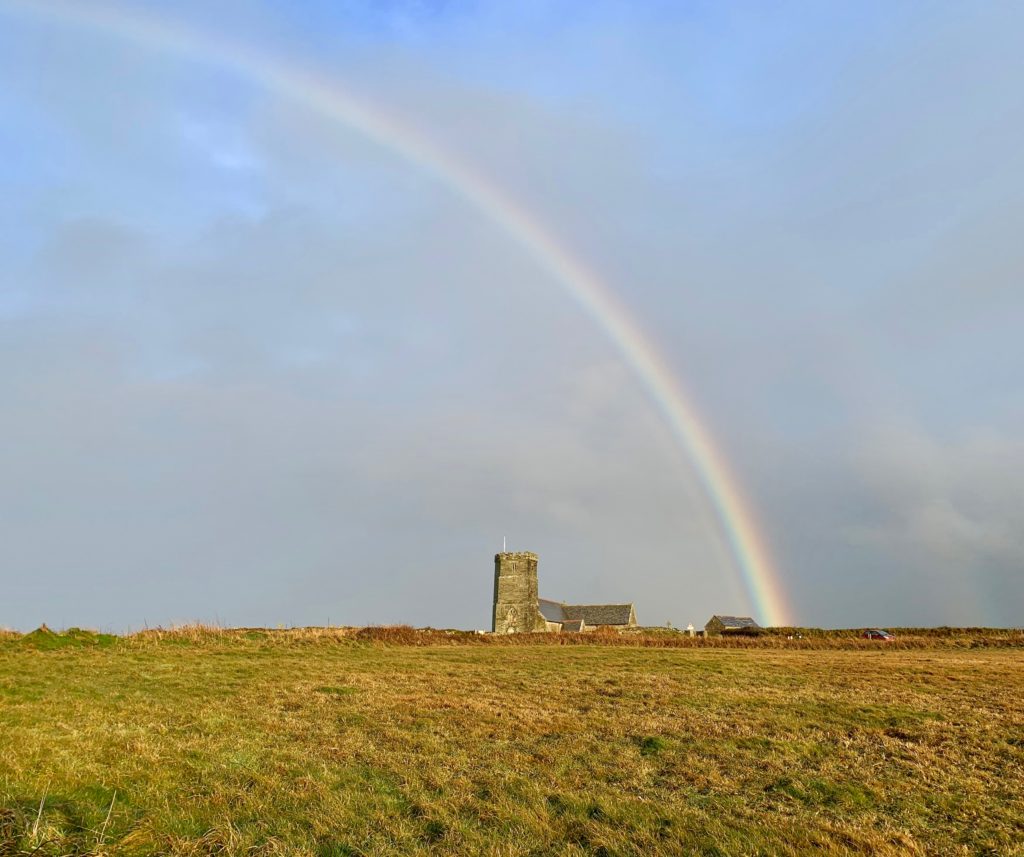 I’ve been in a cottage in Cornwall for the past two weeks on a writing retreat, turning my 25 Years of Ed Tech series into a book. First of all, I need to acknowledge the privilege of this – many jobs do not have the type of work that allows this, and in education many people don’t have the time or money to do so, or home life makes two weeks away impossible. I am lucky to have this opportunity, and I appreciate it greatly.

With that accepted, I want to set out how beneficial such a retreat is. I am returning with approximately 46,000 words written. I started with about 20,000 from the blog post series, so I haven’t written all that 46K from scratch, but it means the bulk of the book is written now. I need to do a few more chapters and it’ll need a good tidy up and revision, but those can be done in smaller chunks.

What the solid two week chunk has given me is focused time on this alone. The weather here has been pretty awful with Storm Deirdre hitting, which means I’ve been holed up, only braving the elements to walk the dog 3 times a day. This in itself is worthwhile, but there are added benefits to being away from home. Firstly, I told lots of colleagues I was going away, and this in itself puts pressure on me to deliver. I can’t come back from a writing retreat having spent the much vaunted break playing solitaire. Also, by coming away from home many smaller distractions disappear, and a new routine is established around writing alone. The change in location makes this easier to develop, just as you quickly create a holiday routine.

I also struggle to say no to things, so usually when I’m on study leave I end up attending online meetings. These may not be that long but they break up the routine and the concentration on just the writing. Having told everyone I was going away made saying no easier, and also not responding to emails. Similarly, allocating a very specific period of time meant that people are more willing to indulge it, like a holiday, rather than an ongoing vagueness. It also helped me to know that I had this definite period coming up so beforehand I could focus on other things without feeling it was distracting from writing.

So, while it seems a luxury, if you can manage it, then a writing retreat is really a very effective way of working. If I had been trying to fit this writing in normal time it would have taken months. Clear delineation of tasks is so rare in normal working life, with multiple tasks, priorities and demands. But it is so refreshing when you have it.