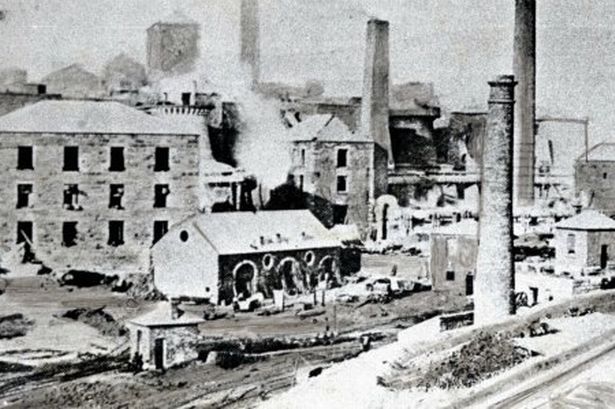 This is one of those “thoughts I had while walking the dog that I might as well blog before I forget them” posts. It concerns a little known holiday in Wales, and the relevance this has for (educational) technology. Mabon’s Day started in 1888, around the South Wales coal mines, in which the 1st Monday of every month was declared a holiday. Named after the Lib-Lab politician William Abraham (who was better known as Mabon) who fought successfully for the miners to have this holiday. His argument was largely that they were physically exhausted through labour, and thus could not devote time to intellectual pursuits. A day a month would allow them to focus on self development. Needless to say the pit owners opposed the move, which they saw purely in terms of lost coal output.

It was successful however, through lobbying by politicians such as Mabon and Trade Unions. Alas, Mabon’s ideal that it would be used for holding union meetings, studying and general intellectual pursuits was not borne out. Anyone who has been in the UK on a bank holiday weekend will know what happened – everyone got very drunk. This isn’t quite true, there were meetings, but attendance was often low, and instead fairs, and entertainments were set up in parks, which attracted more people.A local newspaper noted that ‘in many cases the day is spent in dissipation’. This led to much moral outrage, and complaints from the pit owners, as subsequent days were lost also. In 1898 it was abolished.

I like the story of Mabon’s Day – there’s lots going on there. The attitudes of owners and the press to workers is obvious, but so also is the moralising of their supporters such as Mabon. It is worth noting that Mabon was a lay preacher and teetotaller. While he fought passionately for workers’ rights, it was to do what he deemed appropriate. I don’t want to raise drinking 10 pints of beer to some political statement, but I quite like that the miners gave them a clear message, and used the day as they saw fit.

And this is the link with technology I was musing – many NGOs, Foundations, and Start-ups have very good intentions about how technology can help developing nations, or underprivileged groups. But it often feels like it comes with the Mabon clause – it’s to do the things we view as worthwhile (study, entrepreneurship, creating community). Those are worthwhile things, but a freedom given is one to be used by those people in the manner they see best. Getting drunk on Mabon’s Day may not be the wholesome practice the politicians envisaged, but think of the fun people had at those big public fairs, with races, stalls and entertainment. That was what they wanted and maybe it made the dangerous job and relentless nature of life much more bearable.

So, whenever you hear a tech entrepreneur (for example in a TED talk) talking about the noble, utopian vision they have for the freedom they are gifting to a particular group of people, it’s worth having the lesson of Mabon’s Day in the back of your head, and asking what the equivalent would be, and how that person would then react.

(All of my knowledge on this holiday is from Andy Croll’s article “Mabon’s Day: The Rise and Fall of a Lib–Lab Holiday in the South Wales Coalfield, 1888–1898“)