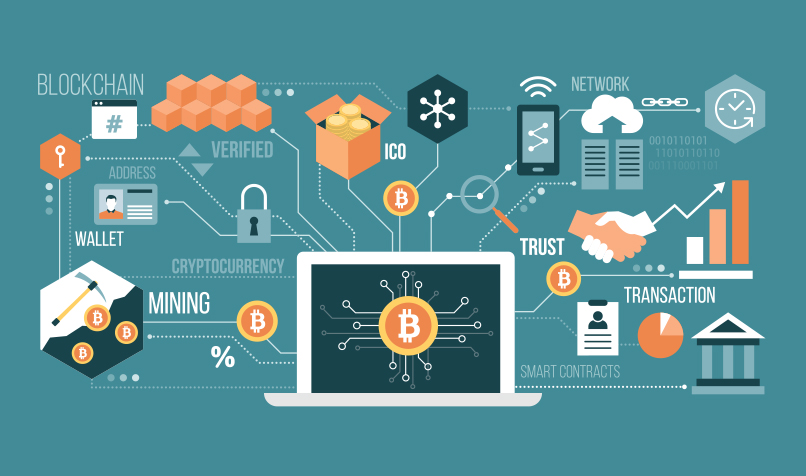 All clear now? (image from https://www.intheblack.com/articles/2018/03/22/blockchain-future-record-keeping)

Of all the technologies listed in this series, blockchain is perhaps the most perplexing, both in how it works and in why it is even in this list. In 2016 several people independently approached me about blockchain — the distributed, secure ledger for keeping the records that underpin Bitcoin. The question was always the same: “Could we apply this in education somehow?” The imperative seemed to be that blockchain was a cool technology, and therefore there must be an educational application. It could provide a means of recording achievements and bringing together large and small, formal and informal, outputs and recognition.

Viewed in this way, blockchain is attempting to bring together several issues and technologies: e-portfolios, with the aim to provide an individual, portable record of educational achievement; digital badges, with the intention to recognize informal learning; MOOCs and OER, with the desire to offer varied informal learning opportunities; PLEs and personalized learning, with the idea to focus more on the individual than on an institution. A personal, secure, permanent, and portable ledger may well be the ring to bind all these together. However, the history of these technologies should also be a warning for blockchain enthusiasts. With e-portfolios, for instance, even when there is a clear connection to educational practice, adoption can be slow, requiring many other components to fall into place. In 2018 even the relatively conservative and familiar edtech of open textbooks is far from being broadly accepted. Attempting to convince educators that a complex technology might solve a problem they don’t think they have is therefore unlikely to meet with widespread support.

If blockchain is to realize any success, it will need to work almost unnoticed; it will succeed only if people don’t know they’re using blockchain. Nevertheless, many who propose blockchain display a definite evangelist’s zeal. It is perhaps the nirvana of technological solutionism – a technology that no-one really understands, doing something they can’t quite unpack for reasons they don’t fathom. They desire its adoption as an end goal in itself, rather than as an appropriate solution to a specific problem. If I had the time I’d keep a blockchain tumblr for ridiculous proposals for blockchain solutions. I think the most important aspect of blockchain might be to keep an eye on how it gets used without our knowledge, and what the implications for that are. If anyone tries to sell your VC/Principal a blockchain solution make sure someone tech-smart is in that room.

In the meantime, if you need to blag blockchain knowledge in a meeting, just take a leaf out of this advert’s book and end every sentence with “thanks to the blockchain solution.”